A large and cohesive Health and Medical Innovation AICC(WA) trade delegation to Israel was hosted in May 2019, led by Deputy Premier and Minister for Heath and Mental Health, Hon Roger Cook MLA. 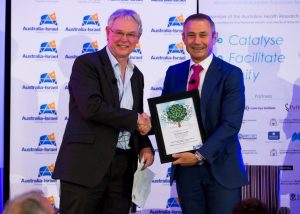 Minister Cook alongside delegation participants shared their experiences and learnings, with a focus on further health research and innovation sector development for Western Australia.

In addition to outlining government policy, including a digital health strategy to support health research and innovation, Minister Cook outlined the economic benefits associated with commercialisation. The Minister has also established a Precision Health Council to provide advice to government regarding new and emerging technologies to enhance disease prevention and more effectively treat conditions.

Describing his Israel experience as “inspiring and insightful”, Minister Cook expressed an appreciation of what could be achieved, noting the power of human capital in Israel. He spoke in awe of examples inclusive of the Rambam Healthcare campus subterranean carpark that could be rapidly converted into a 2,000 bed hospital in the event of a mass casualty incident. He described the facility as “an amazing piece of infrastructure”.

Translating the Israel experience into a local context, the Minister noted the closeness and willingness of the health research and innovation sector in Israel to work together.

The role of data is a critical element. Minister Cook noted that accumulated data from across two decades of EMR (Electronic Medical Record) activity was the basis of driving new research and innovations in Israel. One area of collaboration that will be further developed from the delegation will be the ability of the WA health system to learn from Israel’s EMR and digital health landscape. In return, Israel will be given insights into the cost and pricing models and structures that are used in Western Australia’s health system.

To rapturous applause, Minister Cook challenged industry across all sectors in Western Australia to shake the tag of geographic isolation. Israel develops its industry with a global approach from the outset. The Minister noted that Western Australia is a gateway to Asia, the most densely populated region of the world, within our same timezone. He also noted we are a front door for Australia to emerging African markets. “Now is the time to develop our wares and present our capabilities to the world.” 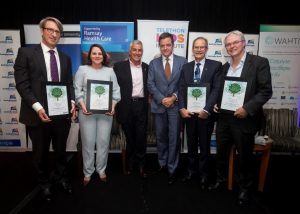 Whilst governance is important, it is what sits underneath that makes the difference. Minister Cook said “It is the eco-system itself that has to produce the innovation. Israel does not wait around for others to do it. Through necessity they do it themselves. WA is the same. We are no more than a six hour flight to 1.2 billion people. It is up to us to make this happen.”